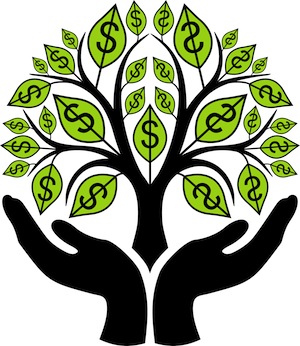 In the last six months, non-profit Planned Parenthood has been at the center of utter political and ideological chaos. The organization, which provides reproductive health care and services for men and women around the world, has often been embattled due to the controversial nature of certain aspects of reproductive health care – but they’ve never seen anything like this. Funded partly by the government, then completely defunded, for nearly all non-profits in this situation, it would signal the beginning of the end. But, this time, something very interesting happened.

Suddenly, spontaneous fundraising efforts for Planned Parenthood began to sprout up in the United States, and around the world. So many, in fact, that the organization hasn’t even been able to keep track. Also known as grassroots or unofficial fundraisers, there are both pros and cons to this unprecedented boost in spontaneous fundraising. The pro for Planned Parenthood, of course, is the obvious – they can continue to adhere to their mission statement and stay active, at least for now. That, fortunately and unfortunately, has to outweigh any cons, because the unofficial fundraisers are providing a deluge of support and funding – and they couldn’t really stop them anyway.

Unofficial fundraisers are NOT the organization’s fundraisers. They, generally speaking, don’t plan them, run them, attend them – or sometimes, even know about them. In this instance, Planned Parenthood has tried to play as much of a role as it can, especially in larger, well-publicized events that can benefit from their presence. Planned Parenthood recently told NPR that, since the November 2016 election, it has gained 600,000 donors and tens of thousands of volunteers. The events and efforts those donors have used to raise money for Planned Parenthood have been as varied as the individuals themselves.

What does this powerful new trend in fundraising have to teach us? It teaches us just how important the supporters that stand behind us are. No matter what your non-profit does, from cancer services to food banks and beyond, the passion and dedication of your supporters can make or break you in times of crisis. This should help to shape the way we approach our supporters, both during fundraising campaigns and throughout the years. While no one can definitively predict the kind of political upheaval which started this particular swell in grassroots fundraising, it’s a true testament to the opportunities our supporters can open up for us as non-profit organizations.